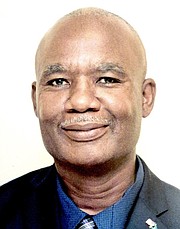 Grand Bahama Power Company’s planned electricity rate increases will impose “an extra burden” on the very businesses the island is relying on to pull it out of recession, it was argued yesterday.

Greg Laroda, the Grand Bahama Chamber of Commerce president, told Tribune Business that “the timing just isn’t right” for the electricity monopoly to levy a base rate rise on all companies given the severity of the economic devastation inflicted by COVID-19 and Hurricane Dorian.

And, warning that increasing energy costs could deter the job-creating investment that Grand Bahama badly needs, he added that both the utility and the Government need to increase their respective customer and revenue bases rather than imposing additional costs on already-struggling households and businesses.

Suggesting that GB Power’s rate increase proposal could “make the difference” between a small business closing or staying open, Mr Laroda said: “I understand why they are saying they need a rate increase in terms of being able to maintain their systems, the integrity and efficiency of the system, moving forward into the future.;

“I also see where they’re trying to put most of the burden on larger and commercial users. But, as they would have mentioned in their write-up, no one wants to see a rate increase. We were hoping to see a reduction as opposed to an increase.

“The timing is bad for it. While they seem to be directing most of the burden at the high-end users and commercial customers, they are probably the very ones that don’t want to see a rate increase at this time. They are the ones carrying Grand Bahama at this time,” he added.

“I don’t think the timing is right to put an extra burden on them, even though the Power Company will say these increases are not that large. These companies are struggling already.”

GB Power, in a statement, said its electricity rate application would protect the most vulnerable households and individuals in Bahamian society from any rate increase.

However, GB Power added that the extent of any rate increase for other residential customers will depending on their monthly consumption. Persons consuming 351 to 800 kilowatt hours per month, representing about 32 percent of customers, will see a base rate increase ranging between 0 percent to 7.5 percent.

The utility continued by saying customers consuming more than 800 kilowatt hours per month, representing about 26 percent of its customers, will experience a base rate increase of 7.5 percent to 8.9 percent. So-called “general service large” customers will see an increase of 3.5 percent to 4 percent, and commercial customers would feel across-the-board increases of 4.4 percent.

Yet Mr Laroda argued that both GB Power and the Government needed to expand their income bases rather than continuing to suck funds from a dwindling number of households and businesses.

“Yes, they need revenue, but if you continue to tax the same people you will reduce their contribution to that revenue. It’s the same with the Power Company. Small businesses are struggling to keep their doors open with power rates now. When you increase them, that could make the difference between staying open for business now and closing down.”

Dave McGregor, GB Power’s president and chief operating officer of Emera Caribbean, its immediate parent, acknowledged the decline in electricity demand in Grand Bahama over the past five years due to a combination of hurricanes and continued decline in the economy.

“The generation plan shows that, with a notable drop in load over the past five years, there is no need for significant generation investments,” said Mr McGregor.

“However, this is an opportune time to make investments in small utility-scale solar plants where and when it makes sense for our customers from a cost perspective. That is, where the cost of solar would be less than or equal to the cost of fuel.”

Still, Mr Laroda reiterated: “We have to be very careful with the timing of an increase with the way the economy is now. We’re already paying a hurricane restoration charge to the Power Company. The timing just isn’t right for this. We need to focus on strengthening the economy, getting investment in, and strengthening demand for power.

“It’s very critical to get investment into Grand Bahama and Abaco, places that are suffering, so those in position to pay taxes and operate businesses have an easier go of it because more persons are contributing.”

The Chamber chief also backed the Government’s swift response to the GB Power proposal, and warning that it would not support any increase in base rate electricity tariffs.

Brian Laundrie Could Have Taken Ferry From Florida to Bahamas, Says John Walsh

Read Brian Laundrie Could Have Taken Ferry From Florida to Bahamas, Says John Walsh by Inside Edition

Boohle to debut at Bahama Lounge

Read Boohle to debut at Bahama Lounge by Mmegi

This icy cold slush stop has closed its Colleyville location